The seas regulate the concentration of atmospheric CO2 worldwide by absorbing and storing it in a variety of ways.  A healthy, resilient ocean – where there is abundant plant life to convert CO2 to oxygen, and abundant animal populations to store carbon in their shells, bodies, and wastes – may be key to helping mitigate the impacts of climate change.
Marine protected areas can play a role in fostering that healthy, resilient ocean.  To be sure, addressing the enormous threat of global climate change will require much, much more than just MPAs.  But MPAs do offer legitimate ways to store carbon and to offset some of the impacts of a changing climate.  And practitioners are starting to explore some of these opportunities.

Oysters are being farmed in several locations in California; the bad news is that ocean acidification — the absorption of carbon dioxide into the sea, a direct result of high levels of carbon in the atmosphere — is a direct threat to that industry.

Hog Island Oyster Co. in Marshall, an operation north of San Francisco on Tomales Bay was visited. Tessa Hill, who’s been researching ocean acidification at Bodega Marine Laboratory for eight years. Hill studies how changes in marine chemistry impact a variety of marine animals, including oysters, whose shells are getting thinner, smaller and more susceptible to predators. Her research looks at current conditions and develop a baseline for tracking the effects of climate change going forward.

Hog Island had noticed that its oysters (which arrive as babies “imported” from Oregon and Washington) grow less reliably, more slowly, and with a higher mortality rate than they did several years ago. The business and Hill have since formed a partnership, and Hill’s team dropped instruments monitoring temperature, salinity, pH and oxygen among the oyster beds to see what, if anything, can be done to help the company plan for the future.

Ocean acidification, like everything associated with climate change, is probably going to get worse before it gets better. But in addition to gathering data that Hog Island can use to protect their crop, understanding the impact of climate change and ocean acidification can help us make those connections less theoretical and more real.

Video on how researchers are helping local and regional seafood producers monitor the effects of ocean acidification on oysters and other seafood.

This is one of the most challenging problems in climate science. Many measurements were made along ocean passageways as ships transported goods across the planet.As more ship travel occurred, and more measurements were made, the coverage of temperature measurements across the globe increased. So, over time, the temporal and spatial resolution increased. One particularly important measurement device called the eXpendable BathyThermograph (XBT). This device, originally designed to make crude measurements for navies, has been used for years by climate scientists. There is systematic bias in XBT data, which creates spurious “ocean warm decades” from 1970s to early 1980s as reported in the IPCC Fourth Assessment Report.

Past errors in the ocean heat content (OHC) record could be reduced by correcting systematic measurement biases, filling in gaps where no information is available, and by choosing a proper comparison climate. Lead author, Dr. Lijing Cheng (who works for the International Center for Climate and Environment Sciences in China) of a paper found here applied four separate improvements to data, focusing attention on the heating in the upper 700 meters of ocean waters because that depth has the best measurements and it also is the region where much of the global warming heat goes.

Going back to 1970, the upper 700-meter water layer temperature has increased approximately 0.3°C (approximately 0.55°F). While that may not sound like a lot,  this is a huge amount of water and consequently requires an enormous amount of energy. The world’s oceans were separated into the Atlantic, Pacific, and Indian. All three of these oceans are warming with the Atlantic warming the most. Ocean heating was calculated using 40 state-of-the-art climate models. Over the period from 1970, the climate models have under-predicted the warming by 15%. A remarkably close match that gives us a lot of confidence in the models. On the other hand, the models were not able to predict shorter-term fluctuations in ocean heating contained within the observed time period. Dr. Cheng summarized the work by saying,

Ocean heat content change is an important metric for the ongoing global warming. But ocean subsurface temperature data are very sparse in time and space, and they contain systematic biases for some instruments. Those problems make previous OHC estimates with large uncertainties, which have been referred as ‘pre-mature’ data. That’s why our group in IAP/ICCES keeps working on investigating and quantifying the error sources and providing our estimate on historical OHC change. In this study, we summarized our previous research and provided a new OHC estimate. We will make more efforts to provide more and more accurate OHC estimates in the future.

Science tells us that we are pushing natural limits on climate, biodiversity, nutrient cycles, freshwater and ocean health. While research has never been clearer on defining planetary boundaries, society has never positioned itself so closely to the edge. There is growing recognition of the state of our natural systems is leading to greater integration of economic, social and environmental principles—as evident in the work to develop a set of global Sustainable Development Goals.
More businesses are implementing responsible practices and there is a lively debate around the green and circular economy. The recent report,Reviving the Ocean Economy, conservatively estimates the ocean’s annual economic output to be US$2.5trn. Compared to national GDPs, this makes the ocean the world’s seventh largest economy. A separate WWF analysis makes the case for investing in marine protected areas by showing that each dollar spent returns at least three.
The steps to be taken are complex but clear. Wasteful and destructive fishing methods must be stopped, overcapacity cut and sustainable management of marine resources incentivised. Marine protected areas and support for sustainable aquaculture are also important. To protect the ocean, pollution and climate change for warming and acidification must be addressed.
Further information

At the closing plenary on July 10th, conference Scientific Committee Chair Chris Field summarizes the implications of the meeting for the science agenda moving forward. IPCC chairman Ismail El Gizouli provides an overview of the science landscape. French Foreign Minister Laurent Fabius and Segolène Royal, French Minister for Sustainable Development, Environment & Energy will also share their views. It is hoped that the conference will send a strong message to policy-makers to agree on an ambitious deal at the Paris negotiations in December.

On July 9th, the conference focused on responding to the challenges of climate change. Many speakers highlighted the urgency of reducing emissions to lessen the risks of climate change, and possible solutions. Saleemul Huq, International Institute for Environment and Development, noted that adaptation is not just dealing with risks, but taking opportunities to change. He cautioned that it is doubtful that adaptation can be a solution in 3 or 4 degree warmer world, sharpening the need for mitigation. Several speakers highlighted the need to articulate an attractive vision of a low-carbon future. In the plenary, Fatih Birol, Chief Economist, International Energy Agency, noted that not only visions, but specific targets will be critical to send the signal for emitters like the energy sector to meet ambitious goals, including an emissions peak in 2020.

With respects to conference outreach and social media, there are extensive tweets; with  79 presentations and 57 posters available on the Slideshare page; and videos being continually uploaded to Youtube page, with eventual uploading of  recordings of many sessions. The Guardian, reporting from the conference, ran a story on how fossil fuel firms risk wasting billions by ignoring climate change. Bloomberg spoke with Joseph Stiglitz, Columbia University and he is pessimistic about the potential of the climate change negotiations in December. There is a story in Le Figaro with “climat : à la recherche de solutions concrètes” and Les Echos with “le climat met la recherche scientifique en ébullition”.

This is Day 2 of the Conference, with ongoing presentations; and a special media panel on carbon divestment campaigns and the role of journalism. The Guardian has been very active in climate reporting and particularly with its divestment campaign, keep it in the ground. The campaign urges the world’ funds to move their money out of fossil fuels

The Guardian’s divestment campaign- the rights and wrongs of journalism as advocacy: Special media panel

July 8th – 13:30-14:30 – UNESCO room II
One of the big climate change stories this year is the campaign for investor divestment from fossil fuel funds. The advocacy of the Guardian Media Group, and its partnership with 350.org has galvanised debate, major institutions are speaking out, and it is providing a platform which potentially can trigger engagement with new audiences on climate change issues. But what does it mean for objective journalism, and does it reduce the scope of discussion on other climate change topics? This is a High-Level Media Panel Discussion, moderated by Dr James Painter, Director of the Journalism Fellowship Programme at the Reuters Institute for the Study of Journalism at Oxford University
Damian Carrington – Environment Editor, The Guardian
Dagmar Dehmer – Energy Transition and Climate Change Correspondent, Der Tagesspiegel
Andrew Revkin – Environment writer and blogger, New York Times Dot Earth
http://www.commonfuture-paris2015.org/Blog/Zoom-blog.htm?Zoom=61c56d7ac7296459ad61198697e2dafa&SType=
http://www.theguardian.com/environment/2015/mar/16/argument-divesting-fossil-fuels-overwhelming-climate-change
Blogs

201507-08
By Christiana Figueres and Joseph Alcamo, UN Framework Convention on Climate Change
From writing commentaries in their national newspapers, speaking to the media and engaging with their communities, scientists can be ambassadors for positive change. It is a time for scientists, the custodians of knowledge about climate change and its impacts, to roll up their sleeves to make the realities of climate change clear to the people in their countries.

Charcoal production in sub-Saharan Africa can be sustainable

201507-08
By Susan Onyango
Rather than condemning traditional sources of energy like woodfuels, we need sustainable woodfuel systems to avoid forest degradation and generate positive development. The question is: How can the sustainable use of tree-based bioenergy be a solution to development, as well as mitigation and adaptation to climate change?

201507-08
By Shari Lifson, AgMIP Communications Coordinator, Columbia University
Our food production system, already stressed to meet today’s demands, will face even more challenges in the future to provide for a growing population and adapt to a changing climat
Powerpoints
http://www.slideshare.net/CFCC15
Twitter Feed
https://twitter.com/hashtag/CFCC15?src=hash 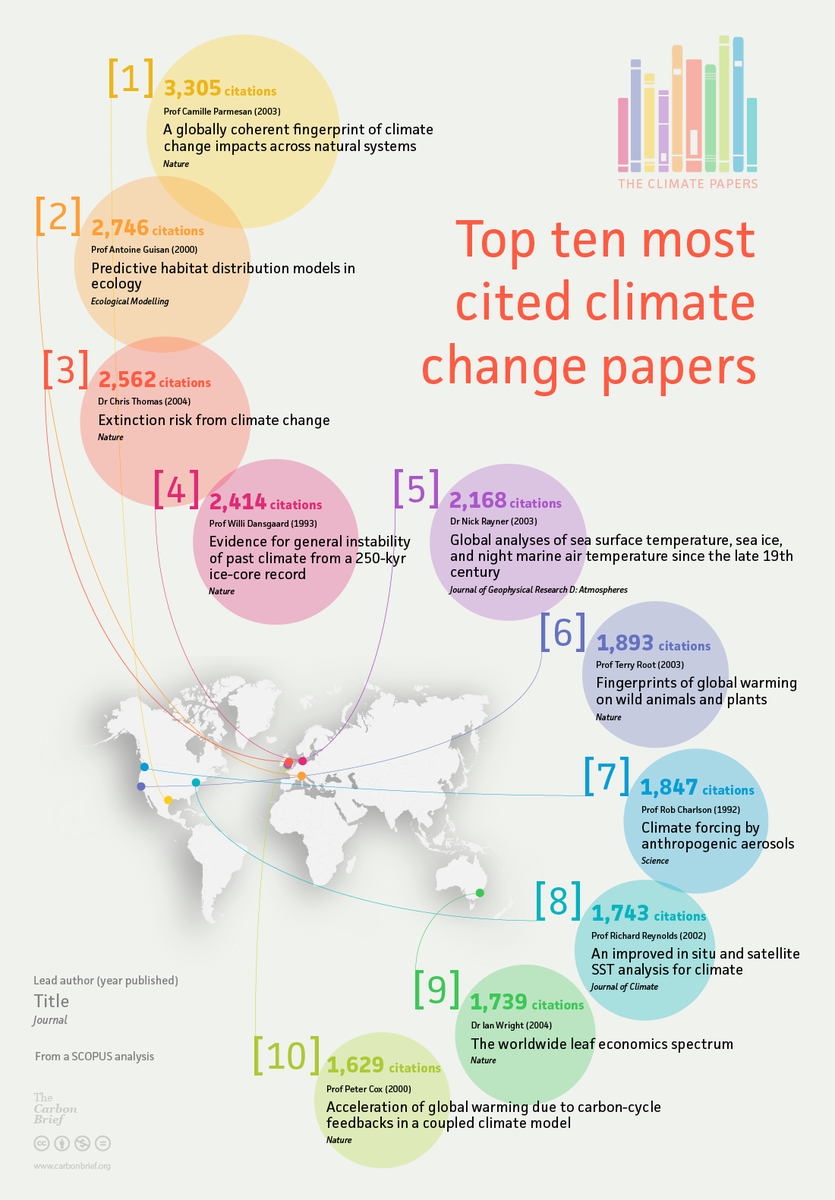 In opening plenary, French Research and Education Minister Najat Vallaud-Belkacem issued a stark warning, saying that “unless we have widespread climate action, we will be the generation that knew what had to be done, but didn’t do it.”

Segolène Royal, French Minister for the Environment, Energy and Sustainable Development, echoed the same message, calling on scientists to speak with a clear voice in the run-up to the Paris climate change negotiations in December. “We have won the battle of ideas, now we must win the battle for action,” she said. She also reminded scientists that while science has a duty to provide proof and evidence, “to be heard in the preparations for the summit in Paris as you deserve, your voices must not be too tangled up in precautions.”

Many of Day 1 presentations are available for viewing on slide share  : http://www.slideshare.net/CFCC15

Day 1 had many contributions on the social media side On the first day, there were more than 5600 tweets on the #CFCC15 hashtag, by more than 1900 individual authors.

There were  free media workshops for scientists with The Carbon Brief –e  with a very interesting event on The Guardian’s divestment campaign,  debating the rights and wrongs of journalism as advocacy, with parallels for scientists.

Stories from the conference have started appearing on external news sources:

There are also a number of new blog stories by social media reporters on the conference blog that might also be of interest (http://www.commonfuture-paris2015.org/Blog.htm):